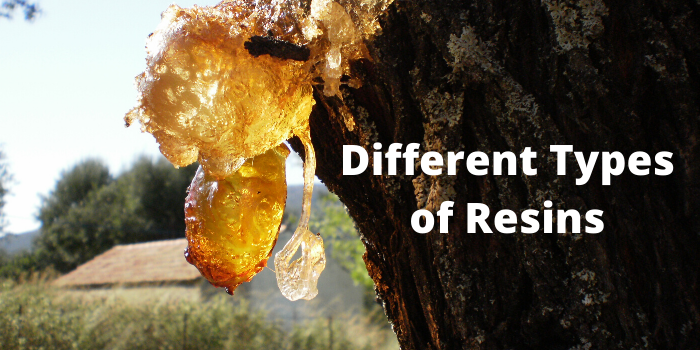 Resins are chemical compounds having molecular weight more than 300. It is possible to classify natural resins as spirit-soluble and oil-soluble. Natural resins have been replaced almost entirely in modern industry by synthetic resins that are divided into two classes, thermoplastic resins that remain plastic after heat treatment, and heat-setting resins that become insoluble and heat-infusible.

A substance that softens when heated and when cooled, it hardens again. Thermoplastic product. Product-generic term for certain synthetic or semi-synthetic materials which can be formed or extruded into objects or films or filaments or used for the manufacture of coatings and adhesives. TPA resin, as it is commonly called, comes in liquid form as well as in the form of requires. These are used in plastic coatings as well as in aerosols.
Eg:

Thermoplastics and thermoplastic resins are raw, unformed polymers that, when heated, transform into liquid and when chilled, become solid. These can be re-molded and remolded twice, allowing reprocessing of pieces and scraps. TSA, as generally acknowledged as, is used in combination with a melamine resin as baking enamels. In industrial coatings, automotive and two-wheelers, e-rickshaw coatings, brass coatings, etc. are common applications.
Eg:

A polymerization of condensation is a form of polymerization of step-growth. Small molecules, while releasing smaller molecules as a-product such as water or methanol, react with one another to form larger structural units. Get some details on the uses of stearic acid.

Surface coating, any combination of film-forming materials with different types of pigments, solvents, and other additives, resulting in a thin film that is usable and often artistic when added to a surface and cured /dried.

Insulating Impregnating and Finishing Varnishes: Finishing Varnishes are one/two-element products that are designed specifically to protect wire wind components. Their outstanding resistance to moisture and chemicals ensures the best properties and maximum longevity across the entire time of operation.

Potting Compounds: Potting is a method whereby a complete electronic assembly is filled with a solid or gel material for shock and vibration resistance and for the absence of moisture and corrosive agents. The array of potting substances and encapsulants for each and every application involves epoxy, polyurethane and silicone chemistry. Also read some of the polyurethane resin uses

Printed Circuit Boards: A printed circuit motherboard chipset and binds electronic parts or electrical components by means of conductive tracks, pads and other features etched from one or more layers of copper laminated on and/or between the layer of sheets with a non-conductive substrate.

The resins used in packaging are the following:

In the formulation of adhesive systems, there are two basically epoxy acrylate resins. One is a vinyl ester resin that is similar to a DGEBA epoxy resin in two adhesive formulations. The other is a special resin form which is used in processes of radiation cure. Also read about the cosmetics raw materials.

Paints & Printing inks – are dispersion of pigments, extenders in resins

Main objectives of surface coatings are:

We have surface Coatings for the following

Under infinite variable circumstances and situations, brushing is the oldest and flexible type of operation. Painting large, complex objects are still the best method. Brushing enables us to penetrate the paint and reduce waste. It’s used primarily for decorative as well as maintenance purposes.

Dip coating relates to a substratum being immersed in a tank containing coating material, eliminating the piece from those in the tank and enabling it to drain. It is a popular method with the spin coating procedure to create thin film-coated components.

Hydraulic pressure allows air-assisted airless spray atomization so that it atomizes the pattern core. The pattern size and fluid flow speed are calculated by a fluid tip. Air fills the pattern, and the pattern is completed by an aircap, eliminating tails.

The airless sprayer operates by squeezing paint through a tiny hole in the spray gun tip at a very high pressure, up to 3,000 psi. The tip is designed to disperse the paint uniformly into a pattern of tiny droplets in the shape of a fan.

Roller coating uses the coil coating principle but is intended to cover individual flat parts, such as round disks, which are then formed into the frying pans.

Curtain coating is a process creating an uninterrupted fluid curtain that falls on a substrate. The surface is passed through the curtain at a controlled speed on a conveyor belt or calendar rolls to ensure even coverage of the die.

Cathodic electrodeposition is a high-quality, inexpensive coating for all submersible pieces of steel, also known as cathodic dip coating or cataphoretic painting. 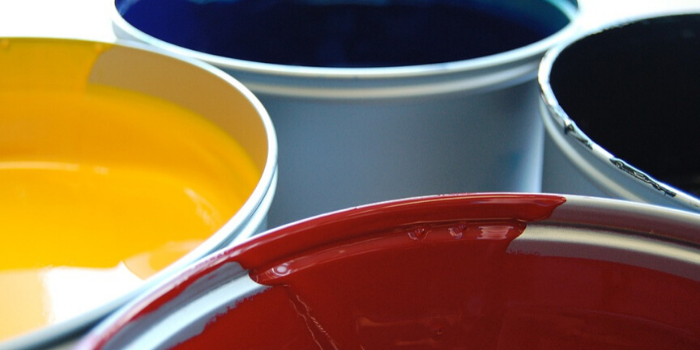 At Bansal Trading Company the chemical suppliers in India, everything we do is based on experience, power and creativity. They are also one of the pigment manufacturers in India. The best chemical supplier and 100% trust builded products are been served for years. You can contact us for more details & follow ups!